What dating site is best for me?

By far the most common question we get asked is “what dating site is best for me?” The answer... View Article 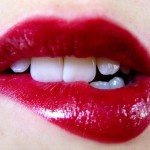 Sustaining your sex life in your relationship

One of the greatest joys of a new relationship is the so-called ‘honeymoon’ period – that time when everything about... View Article

Can Two Alpha Personalities Get On?

We’ve written here before about how nice guys and gals typically come last when it comes to dating because of... View Article

Are You Scared Of Intimacy?

If you believe everything you read about online dating, you might think that setting up your profile and diving into... View Article