Seniors may not always be the keenest to use new technology, but trials are now underway to help elderly people... View Article 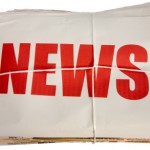 Australian cities are being encouraged to bid for the 2022 Gay Games, with the Federation of Gay Games calling for... View Article

Is Female Success Bad For Relationships?

With gender stereotypes rather more fluid these days due to changing workplaces, it’s not surprising that success in business or... View Article 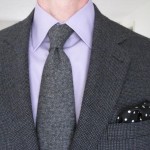 What Do Your Shoes Say About You?

Fashion and dating gurus have been talking this week about the impact of the shoes you wear on your first... View Article

In an interesting move, one of the biggest players in the online dating business has agreed to sell its “casual... View Article

Being mindful with social media

Two different news items this week demonstrate the difficult lessons that some men still have to learn when it comes... View Article

A study this week has concluded that if you met your partner online, you are more likely to be happy... View Article

Watch Out For Bad Neighbours

Rumours in the news this week are swirling around Madison Ashton following her eviction from Paramount Apartments. The former mistress... View Article